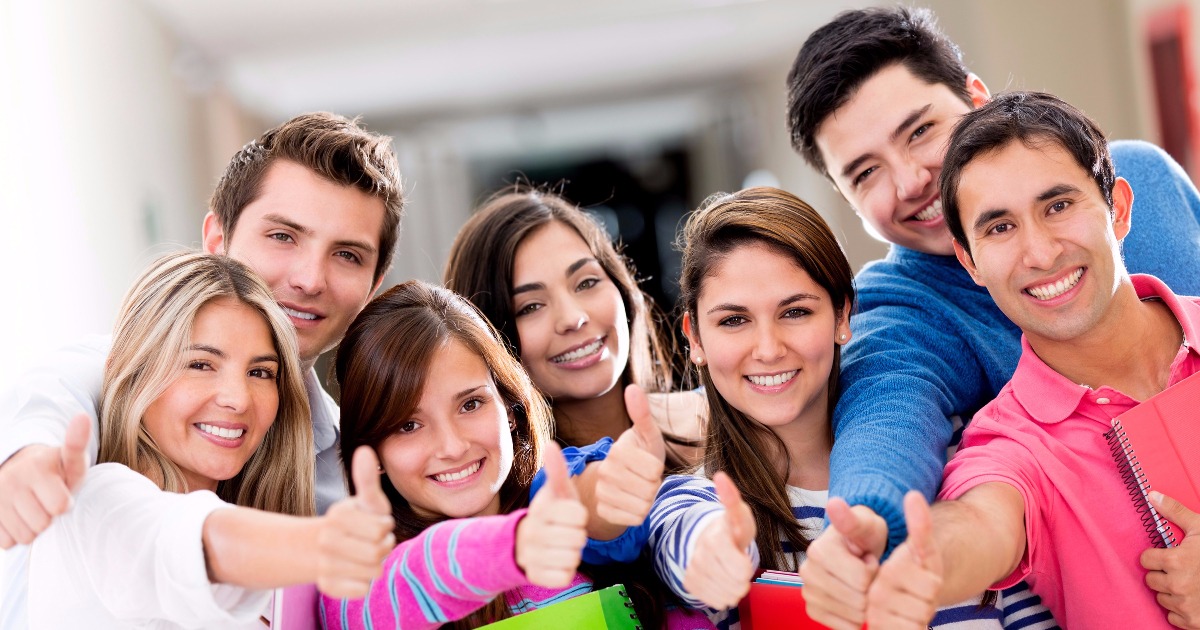 The best way to learn more important information about perfect writing is to read. However, you should not view reading popular blog posts or funny stories shared by friends as a good idea. The person should dedicate some time to reading pieces written in classic English. While reading a narrative by a famous writer, the audience notices a number of sound literary terms authors use to attract attention. The list of literary terms is huge, but we will view the information about 15 important methods of grabbing reader’s attention.

HELP WITH MY LITERARY ANALYSIS

If your teacher assigns a literature analysis, do not ignore this task. It is the most effective way to understand how the poem/novel/short story is written. In case you find it complicated, search for the online writing specialists and contact them not to fail your assignment. The goal of such task is to explain to students how different world-recognized authors make their choices. Discover which words serve as the best literary terms by reading the information in this article.

No matter what the book is describing and in which genre, style, and form it is written, using comparisons makes the narrative clearer. The author might be using some specific figurative words an average reader does not understand. Every narrative has a hidden lesson, and to interpret it correctly, the author involves allegories to explain the true meaning of the story. These terms are effective to contact the reader and send a particular message which represents a valuable life lesson. Different characters and certain events reflect large-scale abstract ideas.

Here is an example of allegory taken from the literary terms list – view how to discover a true meaning!

A useful way to explain the definition of the unknown word to the reading audience is through involving sound analogies. The writer compares a phenomenon to the similar one his readers should know. It makes the meaning of the word clear.

The analogy is a useful literary term which draws a parallel between 2 dissimilar objects to let the audience get versed with the basic idea delivered in the short story/novel/narrative/poem. Imagine the author is trying to deliver the dramatic feeling of being desperate through the character’s smile. The reader might confuse this smile with the interpretation of happiness by mistake; an overcrowded premise may mean loneliness instead of being surrounded by people.

Example: Do you remember famous William Shakespeare’s words: “All the world's a stage, and all the men and women merely players . . .” Famous British writer explains the way he views our world. He does it with the help of making a reference to his biggest passion – theatre. If you read Walt Whiteman, you can notice him mentioning Abraham Lincoln as a captain of the ship.

A simile is a rhetorical device, the definition of which is misunderstood by many people. The goal of the given literary technique is to compare subjects, individuals, traits, and events using corresponding words. It’s not about a direct reference to the similar qualities between subjects. The author prefers words “like”/”as” to draw the parallels.

Example: In a daily speech, people hear the figurative phrase “Slow as a snail.” It is an irony, and it equals to being a slowpoke. A simile is met in any world’s great fiction, e.g., “quiet as a mice,” “funny as a clown” etc.

If you wish your narrative to have excellent similes & other words to make it sound winning, do not hesitate to place an order with professional academic writers! They surely know all the necessary information about things such as rhetorical question, irony, satire, alliteration, allusion, poetic repetition, and figurative language among others.

Alliteration is one more rhetorical device. It presupposes the repetition of consonants. The words that have first consonant sound are placed in a row or close to one another. However, in a story or any written piece, it does not sound like a repetition itself. On the contrary, the method allows creating an effect of a music or song, and it becomes more pleasant to read the text.

Irony is a literary term used in the situations when the same phrase, action, situation, or image has distinct meanings. Have you ever heard about “expectation-reality”? That’s exactly the difference between the two issues. In a daily life, we often use irony, although we can even not realize this fact. For example, you may say “You are the best” to a person who has not kept his word. For sure, you will not really mean that this individual is perfect; however, people usually tend to understand such expression of irony.

Satire is frequently used by the various authors. It is a great technique to describe some situation, person, place etc. by criticizing it in a funny and entertaining way. For some time, it was believed that the word “satire” is related to the Greek term “Satyr”. However, you should not take this mistaken opinion into account.

Symbolism is one of those words you meet on the literary terms list. It stands for the object as a reference to a particular idea that is more meaningful than the selected object. In any language, style, and genre, a cross symbolizes Jesus Christ/Christian religion. Bald eagle, the way it appears on the US flag, means pure patriotism of a corresponding country. An owl refers to wisdom & rich life experience. Yellow color reflects a rot. Talented writers recall symbolism in their most powerful titles.

Example: In “Hunger Games,” the mockingbird is the main symbol which refers to the innocent man who is intentionally, violently harmed/killed. It is also a symbol of freedom, initiated by the main hero.

Symbolism is a form that compares two subjects indirectly. The metaphor is a figurative rhetorical device applied to compare subjects directly. Writers do not use word “like” to interpret one object via another one; they simply say the subject is something else.

Example: Return to William Shakespeare and his most known dramatic poetic story about tragic love, “Romeo & Juliet”: the author presents Juliet as the sun with the help of Romeo’s major love speech.

If you search for what the word “image” means, you can get the meaning of “imagery.” With the help of this literary term, the writer tries to develop a mental picture. Imagery is used to help the audience get the emotional, sensational, or physical feeling during the reading process. It helps to awake the taste, touch, and even smell of any man.

Short stories are written in the style full of archetypes. They point to the immortal dogmas related to human life based on social norms and ethics (good/bad, hero/villain). We can list examples by hours because every novel/short story/narrative/poem has archetypes. There are more complex characters who do not represent just one side of the coin; modern literature is full of such characters.

A good example is Tolkien’s Frodo, little hobbit, who faces his darker side after The Ring takes over him.

Have you noticed some authors recalling episodes from the Greek myths and legends? They like comparing current book events to the happenings from the past to stress how cyclical our life is. It is a good way to explain how people can use lessons learned in a different situation. Great American essayists loved involving allusion in their narrative pieces.

Example: The Garden of Eden appears in many short fiction stories and novels when the author tries to compare a beautiful, calm place to the place mentioned in Holy Bible. Alluding to something means making a reference to it.

Conflict is the major part of the narrative of any genre and style and its key success factor in case of its recognition. There is no complete plot without this powerful literary form. The authors are competing for wide recognition by coming up with original, unexpected, and sound conflicts that must result into impressive, unpredictable ending. External conflicts occur between the main hero and the power of nature, cataclysms, villains, and more. Internal conflicts happen inside the characters.

Both protagonists & antagonists have to make some critical choices. Great authors prefer showing the internal fights of the characters, especially antagonists: they want to bring the information that every person can change, and each individual has a chance for a normal life.

A good example from the latest releases is Draco Malfoy from “Harry Potter” that decides to turn down Voldemort in favor of his family. Moreover, do you remember Faith Lehane from “Buffy, the Vampire Slayer”? She goes voluntarily to prison after committing several crimes and then joins the main cast to save the world in season seven.

The apostrophe is a separate figure of speech used to address a particular subject, topic, concept, or individual unable to respond. The reason why target object is not responding is it is not alive/does not exist.

Literature examples to better understand the idea: Macbeth trying to contact a dagger that is seen before him and which he is eager to clutch. William Shakespeare’s works possess many good examples of this literary term.

Literary terms dictionary offers the word “foreshadowing.” Do you know what spoiler is? Foreshadowing is a literature plot spoiler offered by the narrative author to give a hint of what is going to occur. It is a pity you did not recognize these symbols until you’ve concluded.

Examples: Most often, the trick is used to enrich detective stories. In “Shutter Island” narrative, the reader is given a lot of tips explaining that the main character, U.S. Marshall, is insane being a client of the asylum instead of investigating the murder.

Do not take hyperboles serious: their main role is to sound as an exaggeration and add irony to the story style.

“Old Times on the Mississippi” by Mark Twain is a good example of hyperbole irony usage: “I was helpless. I did not know what in the world to do. I was quaking from head to foot, could have hung my hat on my eyes, they stuck out so far."

Make sure to search for an information about another useful literary technique, strong hook sentences, to create a winning paper.

This one is easy to understand without an example. One of the obligatory literacy terms every writer should include in any style is a theme – the main message delivered by the author through his characters, events, and lessons. The writer shares his feelings about the relevant topic, discussed by his society members.

Literary terms dictionary has tone among different literary techniques. The word’s meaning is simple. The tone refers to the general mood and style a particular short story, novel, or poem has. The story may be tragic, but the characters can be full of optimistic ideas & plans.

Here are several examples of tones:

One more thing to discuss from our literary terms list is personification – technique beloved by many world known authors thanks to its ability to breathe life into the soulless subjects by providing them with human traits. Poets use this method more frequently than novelists or short story writers. Find different examples in stories by various fairy tale writers, Lewis Carroll in particular: his “Alice in Wonderland” involves a plenty of personification.

Did you find this literary terms list useful? Try to memorize at least several best techniques to make your personal short story or large novel interesting & alive. Study other methods to catch reader’s eye from the first line and do not forget about the unique opportunity to buy custom essay online without spending much money!

WE CAN WRITE ANY ACADEMIC TASK FOR YOU!

Seeking professional writing guidance? – This is just the right place!
Get a price quote & proceed with your order!
Staying on this website means you agree with our Privacy Policy and the way we use them for your experience I AGREE