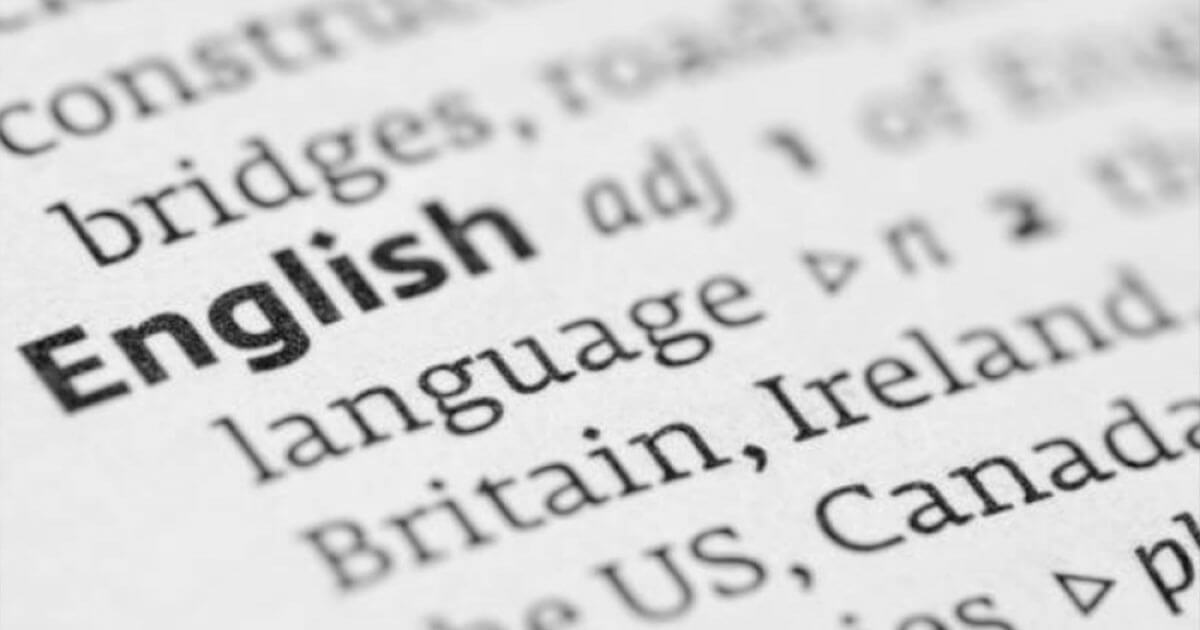 It might be weird to begin an article with the words ‘if you read this article’, but this is exactly the way we would like to start today. So, if you read this article and understand it, then your command of English is great. You can be either a person whose mother tongue is English, or a speaker of another foreign language who just learned English for his/ her own purposes. A language is probably the most interesting and mysterious phenomenon that humans had to face. Certainly, there are pyramids in Egypt, moai, or huge stone statues, on Easter Island, and many other fascinating wonders that have always amazed people. But language is and will always be the most brilliant tool that human beings ever invented. A tool of communication which we often take for granted. What is great about languages is that human’s brain is able to learn more than a single language. In fact, there are polyglots managed to learn up to 50 (or even more?) languages.

Let’s go back to English. Everyone knows that today English serves as an international language, this is why it is the most popular tongue around the globe. If you know at least conversational English, you should not be afraid to travel. You will be understood everywhere on earth. It is not surprising why so many people take English classes.

When you move to one of the English-speaking countries to study, you will be called an ESL student, so prepare to hear this phrase quite often. So, what is ESL? ESL stands for English as a second language. It is usually used in reference to programs for those who live in the USA, Canada, Australia, etc. and whose native language is not English. Another term is English as a foreign language. People who live in regions where other languages are spoken will learn English as a foreign language, or EFL. We should mention that countries like Canada and Australia use two terms – ESL and ESD. The term ESD, or English as a second dialect, is used in reference to language programs for aboriginal people of these two countries. The term refers to the use of Standard English by speakers of a Creole, a Native American language, or any other non-standard variety.

The Beauty of the English

Quite often you will hear that English is not hard to learn. This might be true when it comes to English grammar. The grammar has got very much simplified over the last few centuries. One day it used to look like grammar of the German language, with multiple cases, genders, articles, etc. Fortunately for English learners, the language evolution has changed it radically, and now we can enjoy this beautiful language without complications. Yet, some aspect of the language had to compensate the lack of twisted grammar. And this place was taken by English morphology. To make it simple we will say that morphology studies how words are combined. For instance, the word ‘bravely’ consists of two different morphemes – ‘brave-’ and ‘-ly’. Morphemes are the smallest building blocks of any language. Although each language has morphemes, only English uses them actively to produce more and more new words. This is the beauty of the English language. Just recently we overheard a conversation between two friends: ‘Yes, this is my job. I am creating Pay-per-click campaigns.’, ‘So, you are a pay-per-clicker?’ This was quite simple. The second person just added ‘-er’ to the ‘pay-per-click’ phrase and created a new word!

Can you imagine that every two hours a new word is added to the dictionary? This means, that in a year the dictionary will contain 4,000 more new words. Of course, there must be a reason why so many new words appear in the language’s lexicon. First of all, science and new technology develop extremely fast. Any new device or tool that is created has to have a name, and these new names become a part of the lexicon.

Since we live in the era of globalization, we always establish more and more contacts with other cultures. Some things we never heard about become an important part of our lives. The best example is sushi. One day this word simply rushed into our lives and stayed forever. ‘Sushi’ used to be a foreign word, but now it feels like it always belonged to this particular language. All channels of communication are available to us today. Just go to YouTube or Facebook and watch the videos that people upload. Listen to them. How many new, exciting words will you hear in a short, every day conversation? The words like ‘app’, ‘bromance’, ‘captcha’, ‘bling’, ‘chillax’, etc. won’t surprise you anymore. The English language has a great potential, and it is wrong not to use it fully. If you are an English learner, we hope that you practise and improve your skills every single day. Not a single generation before us had a better environment for language learning than we do today. We all should appreciate it, try to get the most of it, and keep moving. If someone on this planet can speak lots of language, then you can do as well. You should only start. If you cannot write an essay yourself, there is better to refer to professional writers.

Require academic assistance? – Get it right here and right now!
Get a price quote & proceed with your order!
Staying on this website means you agree with our Privacy Policy and the way we use them for your experience I AGREE